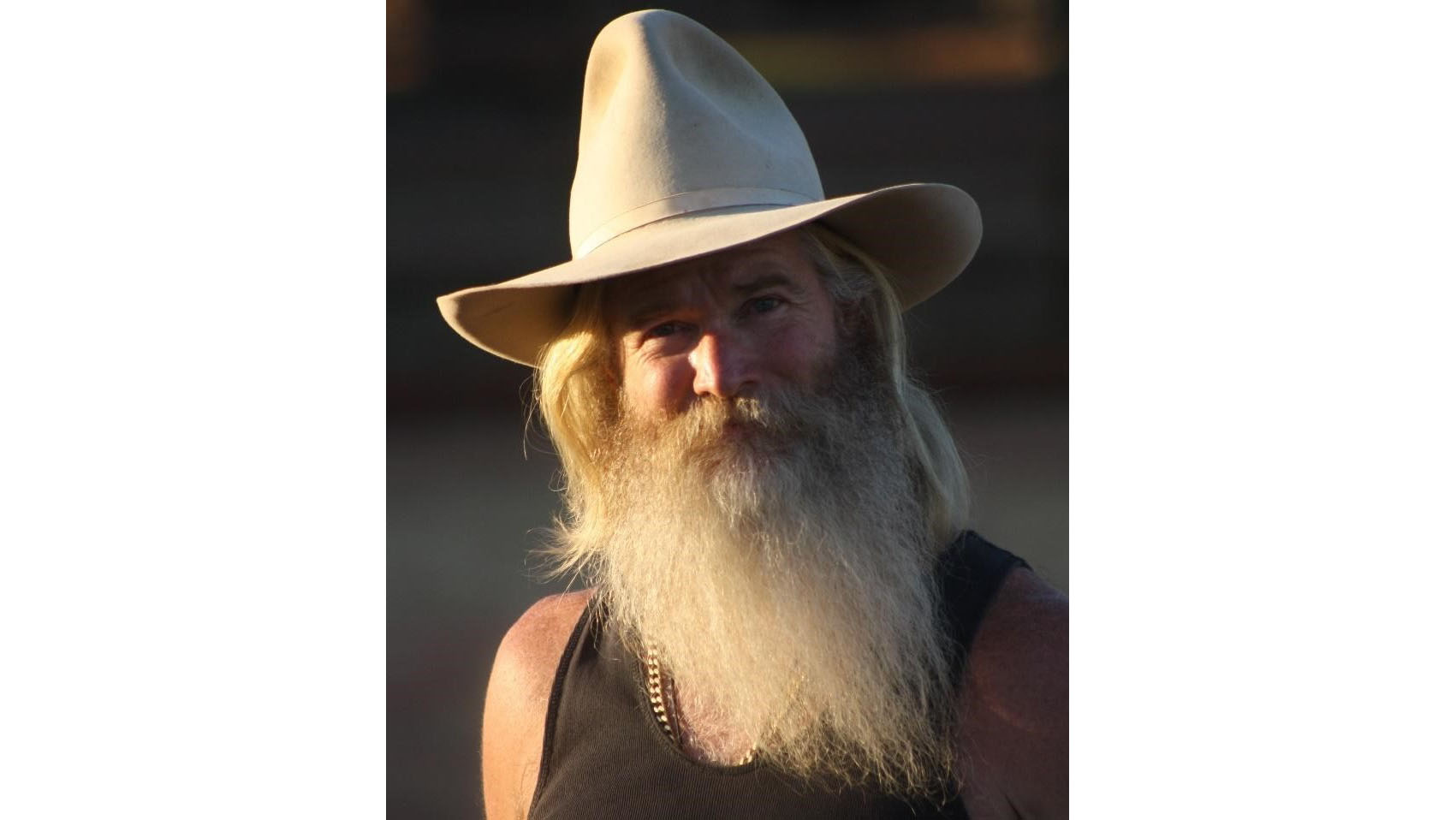 Forward
The Universal Business School Sydney (UBSS) commissioned Cyril Jankoff and Daniel Bendel to write a second book for them, a book on entrepreneurs. Its purpose is to give new local and international undergraduate and MBA students a feel of what everyday Australian business success looks like. To give a realistic view of successful entrepreneurship the authors chose 15 successful entrepreneurs and interviewed them. This is the 12th interview. Each interviewee was asked the same questions and at a later stage the authors reviewed all interviews and summarised the commonalities. The focus of the cases is on Sections III to VI.

Key points from this interview

Greg Quicke
From bushman to star man
Transitioned from mechanic to bushman then meditation and it all eventually morphed together into his Astro tours business. He loves to tell his audience: Let’s go and watch the earth turn away from the part of the sky that the sun is in.

One of the authors had heard of Greg so when he was in Broome in 2019 he made sure to see the show and say hello. No doubt amongst 8,000 visitors per year Greg may not have remembered him but Greg’s passion left an impression on the author who made a mental note to contact Greg again at some time. 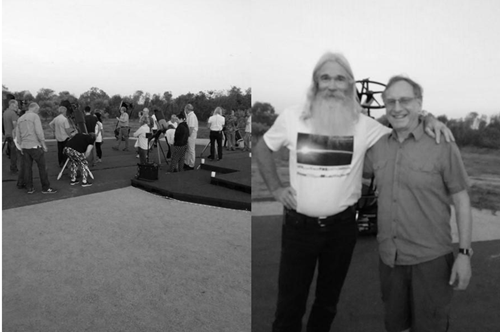 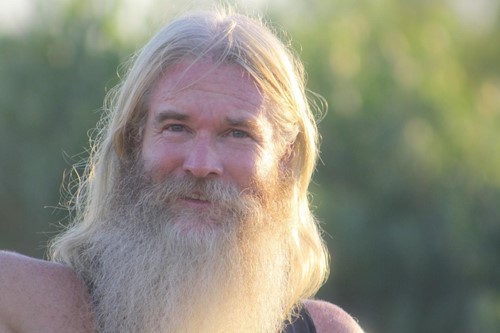 II. Getting to know the person
1. What is success?
Greg sees this as being able to help fellow humanity, and to add value to their lives.

3. What are your hobbies and/or Interests?
He still likes his motorcycles, riding and working on them. He surfs and kitesurfs. 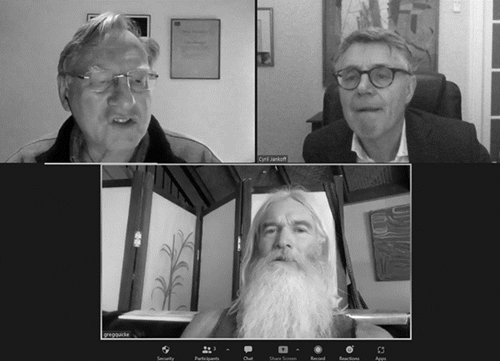 III. Tips
4. How did you get through your worst times?
Greg says the solution to all our problems in life is to walk on the beach and sleep under the stars. “Keep walking and watch the waves. That puts the little things into context”.

5. What keeps you awake at night?
Nothing! He sleeps like a baby.

6. What are your typical daily routines?
Greg gets up with daylight. He walks to Cable beach, does his exercises, has a swim and then back home for breakfast and then into work. His work depends on whether there is a show on that night. He used to run shows 4 to 6 nights but over the years has worked out that 3 nights per week with an increased capacity is more efficient. The show runs between two and two and a half hours. It takes one and a half hours to set up, so he starts at 2 pm, sometimes collecting his crew. All the equipment is stored in a 40-foot container. He feels that the great thing about the show is that it is different every night. After the end of the show all staff must lie on the ground, and no one can get up until everyone has seen a shooting star (a small piece of rock or dust that hits Earth's atmosphere from space and incinerates). Greg noted this should only take around 10 minutes. Greg then goes home and in bed by 10 or 11pm on worknights. Earlier for non-working nights.

7. What advice would you give yourself starting out?
Greg says “just wing it”. Of course there are some qualifications to this, that is, attention to detail and processes which are part of the learning. Be prepared to adjust and be open to learning. There will be some dead-end work and that is ok and part of the learning.

IV. Business case examples
8. Provide a case you managed well and why?
Greg started the business in small steps. While working and sleeping under the stars he slowly realised he had a talent for understanding and explaining what was happening in the sky. He purchased one telescope for himself with no idea that telescopes would become the new tools of his trade. A few years later after some considerable encouragement from anyone who he happened to share some stars with, (get on with it!) he sent “flyers” around. Within two weeks he was working 7 nights per week. The business was successful right from the start. The key was looking after the guests and his staff are very attentive to the needs of customers.

The Author remembers the staff assistance in helping find Venus, and more importantly getting their famous hot chocolate and home-made Anzac bikkies. Then he bought the book and T-shirt!

A few years ago he relocated to a property which he rents and has put some infrastructure on it (seating etc).

In 1995 he was running three different types of shows;

He ultimately realised that only the first type of show provided the best return for the effort and has continued on with this one, dropping the others.

In the wet off season, Greg will do corporate presentations as a keynote or guest speaker in Perth, Sydney, Melbourne, Brisbane, Adelaide, Darwin as well as regional and outback events, when travel was a thing. He has presented overseas including recent trips to Italy including the Vatican Observatory and as guest speaker at USA events.

Greg also presents on television for the BBC and the ABC:

9. Provide a case that did not go well and why?

Case 1 - Weather
The weather has been the only major issue. Most of the time the sky is clear in Broome but occasionally it gets cloudy. Greg evaluates this possibility before the show and will cancel (very rare – due to the amount of paperwork required it takes twice as long to cancel a show as to run one!). If it does get cloudy, he will still talk about the sky and pretend it is clear. The audiences generally approve of this. Greg tells the story of one time it got very overcast and Greg offered refunds to the guests. Everyone refused the refund, with one exception. There has been an interesting mix of guests over the years. One time a guest insisted on seeing Jupiter. Greg had to advise him that Jupiter was not in the sky that night, as it was on the other side of the Earth. The guest couldn’t understand or accept this. Greg says like any other business it is all about connecting with people.

Case 2 Other sites
Greg has tried other sites for his Astro Tours show. He spent 4 seasons on the South coast of Western Australia and 4 seasons at Rottnest Island near Perth.
These sites had clear skies, but were too cold at night. These other sites, whilst not great financially, did help him put Astro Tours on the map. As a result he has focused on the Broome site, where he happens to live.

10. What conclusions can be drawn by comparing these cases?
Greg says the cases reflect that you just need to wing it, with preparation and be prepared to improvise and make changes as needed.

11. What cultural issues did you experience? How were they overcome? How is Australia different? Were these cases affected by cultural issues?
Greg notes that during the white Australia policy period (1901 Act that effectively stopped all non-European immigration) Broome was effectively exempt. https://broomemuseum.org.au/race-rights-rivalries/white-australia/. With interracial marriage this made Broome into a melting pot of cultures that still exist today. This means today everyone is welcome and there is a great feeling of acceptance of all cultures. As a result, he experiences no particular cultural issues.

V. VOLATILITY (FOR EXAMPLE COVID-19)
12. How has volatility affected your business?
COVID19 has not, in general, had a great impact on his business in Broome. While tourism business is down from the Eastern states, there is plenty of business to be had from Western Australia to keep going. They have a lot of “regulars” that keep coming back.

Authors note – Both Authors will be there ASAP after lockdown ends!

13. What lasting impact do you think it will have on your business?
Greg has not had to make any changes to the business so no lasting impact.

14. What have you learned from it that you will now implement in your business?
Greg says it has become apparent that you need to be on your toes, ready for anything.

VI Family Business
15. Are you in a family business and from your experience what do you think are the advantages and disadvantages of family working in the business?
Greg says his business is not a family business. He wouldn’t mind his daughter, Elizabeth coming in, but she has other interests (see below photo). He doesn’t have a view on family businesses. 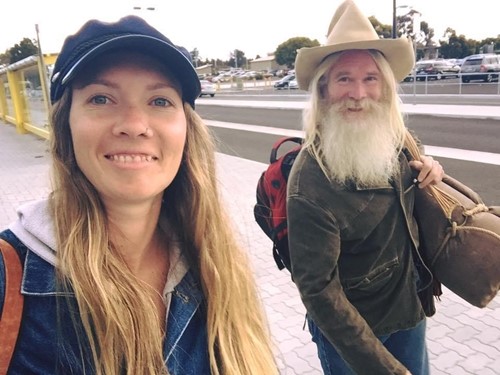 Greg and daughter Elizabeth who finished the course in Marine Biology that Greg started and didn’t finish.