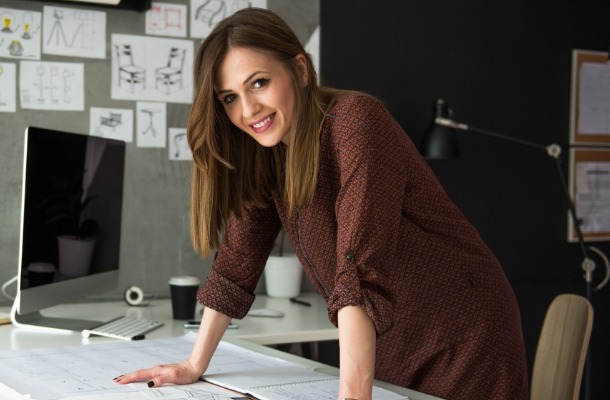 Think entrepreneurship is all about fast cars and flashy suits? Think again. The most successful entrepreneurs have some distinctive traits in common, and not all of them loveable. Statistically speaking, most entrepreneurs aren’t successful: data shows that some 80 percent of entrepreneurial ventures fail.

So what is it that makes those remaining 20 percent successful (and by successful, I mean empire builders who took an idea and grew it into a profitable business with multimillion-dollar revenue, strong market presence, and a sizeable workforce)? You’ll generally find they possess these key personality traits:

1. Dreamers
Entrepreneurs are dreamers. They have big ideas. They see a problem, ponder ways to solve it and then focus their efforts into developing their idea into a scalable solution.
There’s a big difference between an idea and a dream, though. Successful entrepreneurs fall in love with their idea. It becomes a dream. They maintain a crystal-clear picture of what that dream looks like: it’s called a vision in a business plan.
And for the most part, that dream isn’t money. It’s the success of their idea. Money is just a happy consequence of that success.

2. Determination
Determination is an obvious one. But among successful entrepreneurs, some would (quite rightly!) call it obsessiveness, even ruthlessness. Everything they do is about making their dream a reality.
What sets the most successful of entrepreneurs apart is that they can switch their obsession on and off. They know when to doggedly chase something or let it go to focus on something more important.
This trait is so useful in ensuring they aren’t easily distracted by the mundane and keep their sights firmly set on achieving their dream.

3. Adaptability
For successful entrepreneurs, winning is everything. At all cost. And often that means changing course mid-stream: ideas, allegiances and even partners are all prospects for change if they are no longer the right fit.
And that adaptability includes speed. Rapid response.
We’ve seen some great examples of adaptability in response to the COVID-19 situation: restaurateurs becoming meal kit makers and cooking guides; photography buffs turning their retail stores into virtual shopping experiences. And, of course, vineyards and distillers pivoting to make hand sanitiser.

4. Self-confidence
Everyone in business knows it can be tough. Really tough. There’s plenty of rejection, challenges and naysayers. But successful entrepreneurs are famed for really believing in themselves. Even when no one else does. They do not fear loneliness at all.
They really believe that they are winners, and that their dream is a winner, even when they change their mind. They whole-heartedly believe in themselves and their approach at that time, regardless of what they may have said or done in the past.
And no one else can make them doubt their self-confidence.

5. Risk-taking
Risk-taking is common to all entrepreneurs, and it can be both a strength and a weakness. To achieve big success, though, involves taking big risks.
Think about what a person loses when they set up a business and it fails – their self-confidence, reputation, finances and credit rating, perhaps even their marriage.
So this is serious risk-taking – but the ones who succeed have the self-confidence and determined belief in their dream that drives them to take on this risk and follow it through.

6. Rat cunning
It’s easy from the outside to look at successful, high-profile entrepreneurs and think they simply got lucky. But I guarantee you they made their own luck. In fact, making luck is one of their mystical strengths.

Not everyone could love a true entrepreneur. They are opportunistic in the extreme. They are wily in pursuing their goals. They repeatedly outsmart their opposition and make clever decisions. Afterall, it’s the early bird that catches the worm: but it’s rat cunning that entices said bird to get up earlier than the rest!